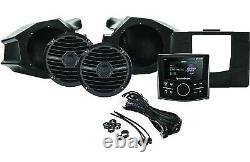 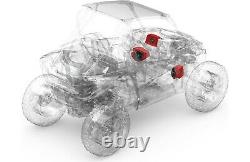 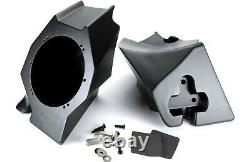 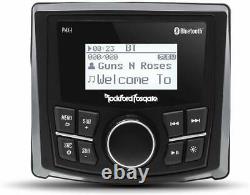 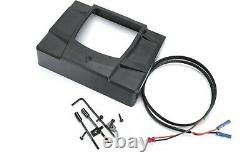 Rockford Fosgate Polaris Razor RZR-STAGE2. We have a few open box kits where the RM1652B speakers have been removed and replaced with the RM0652B speakers. Same quality and look speaker, just. 5" tweeter instead of 1.0" tweeter.

The PMX-2 Media Receiver has been replaced with a PMX-1 Media Receiver. Same receiver except it has a dot matrix display instead of a color display. Don't miss out on this rare deal. Rockford Fosgate PMX-1 marine digital media receiver (does not play CDs).

This item is in the category "Consumer Electronics\Vehicle Electronics & GPS\Marine Audio". The seller is "recreationalwatts2014" and is located in Shakopee, Minnesota.